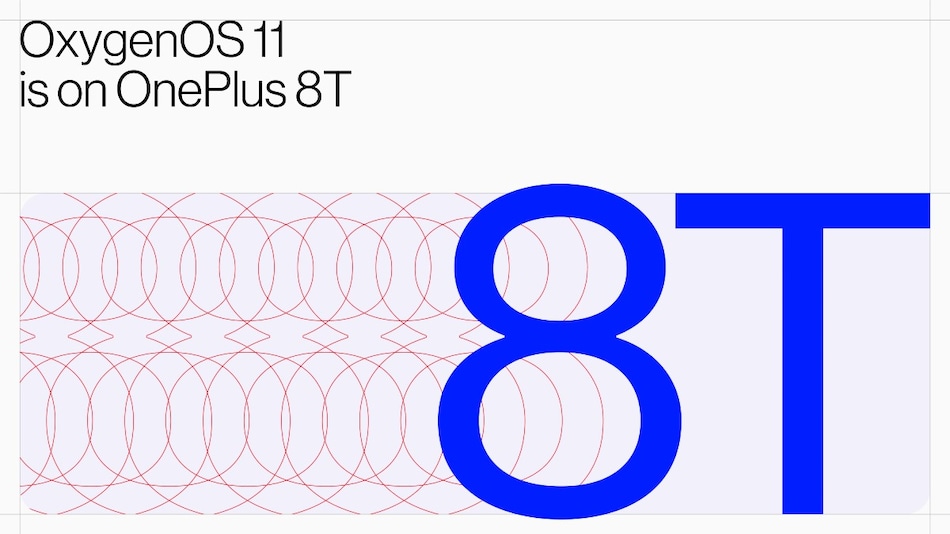 OnePlus 8T will launch with OxygenOS 11, based on Android 11, out-of-the-box, OnePlus CEO Pete Lau confirmed through a forum post released on Tuesday. Lau also claimed that the new OnePlus phone will be the first global smartphone to launch with Android 11 — aside from Google’s own Pixel phones. In addition to the official confirmation about its software version, the OnePlus 8T supposedly reached benchmark site Geekbench with 12GB RAM. The Geekbench listing of the OnePlus 8T suggested the presence of a Qualcomm Snapdragon 865. However, earlier reports hinted at the Snapdragon 865+ SoC powering the new smartphone.

Pete Lau in a forum post said that with OxygenOS 11 running out-of-the-box on the OnePlus 8T, the smartphone would offer improved one-handed gestures as well as an overall more refined experience over the existing OnePlus 8.

“We’ve introduced a new layout that moves touch controls closer to your thumbs for easier access, a wide range of Always on Display options to let you customise your interface, more intuitive animations and gestures to help you more quickly access important information, and other features that will let you enjoy a more well-rounded, personalised user experience,” Lau said in the forum post.

The default availability of OxygenOS 11 on the OnePlus 8T was quite obvious as the Chinese company has so far maintained a record of launching its new flagships with the latest operating system. However, the OnePlus 8 is also in the queue to receive the new OxygenOS update based on Android 11 in the coming days, with its testing already taking place through beta releases.

Apart from Lau’s forum post confirming OxygenOS 11 on the OnePlus 8T out-of-the-box, a Geekbench listing has suggested some specifications of the new smartphone that was initially reported by tipster Sudhanshu Ambore. The listing details the phone carrying a model name OnePlus KB2000, though this is believed to be a reference for the OnePlus 8T. It shows that the handset runs on Android 11 and is available with 12GB of RAM.

Nevertheless, OnePlus is expected to make an official announcement on whether the OnePlus 8T would include the Snapdragon 865 or Snapdragon 865+ soon.

The OnePlus 8T launch is set for October 14 that is still a couple of weeks away. Thus, new confirmations are expected from the company ahead of the formal launch.