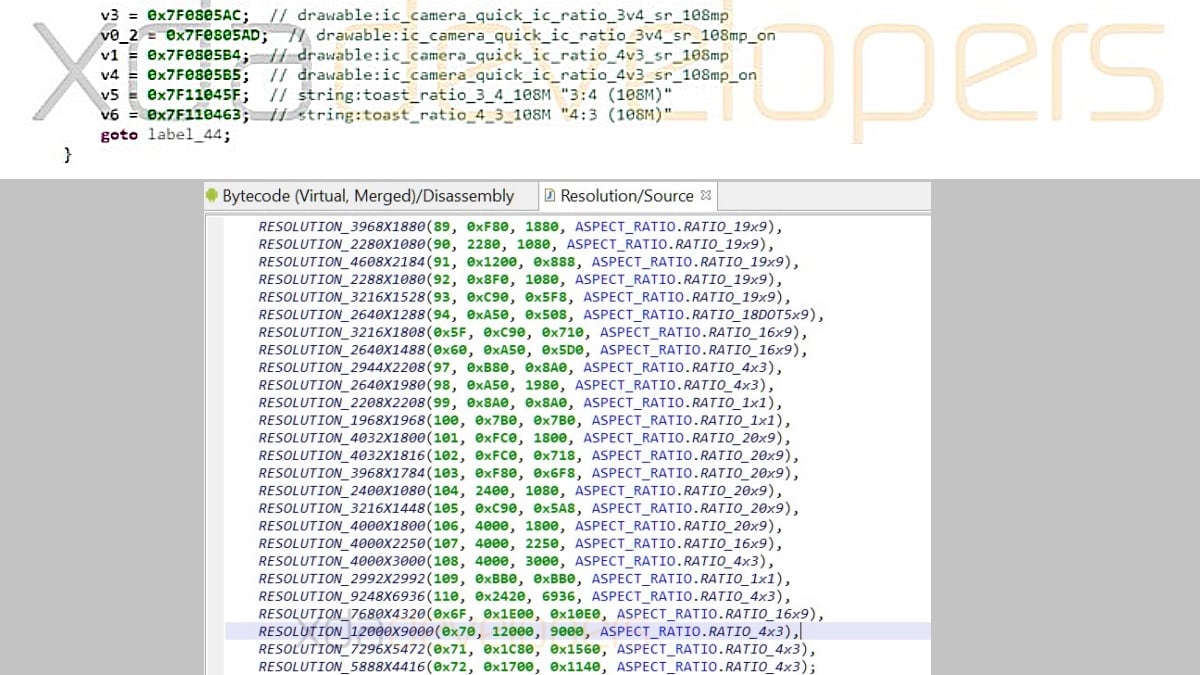 Samsung’s own 108-megapixel ISOCELL Bright HMX camera sensor has already made its way to a couple of smartphones from Xiaomi, but so far, we are yet to see a Galaxy-branded smartphone rocking one. While speculations abound that the next Galaxy flagship – purportedly the Galaxy S11 – will pack one, we finally have some solid evidence that Samsung is indeed working on a phone (or multiple phones) that will come equipped with a 108-megapixel camera. The code of Samsung Camera app in the latest One UI 2.0 beta build mentions image output support at 108-megapixels, which suggests a Samsung phone sporting a 108-megapixel camera is in the pipeline.

XDA Developers contributor Max Weinbach spotted in the code of the Samsung Camera app following the latest One UI 2.0 beta update that it has added support for 12,000 x 9,000 pixel photos, which effectively turns out to be 108-megapixels. The aspect ratio of 108-megapixel photos, as mentioned in the app’s code, is 4:3. However, Samsung could add support for more options such as 20:9, something that has also been spotted in the app’s code by tipster @UniverseIce, but at a much lower resolution of 4,032 x 1,800 pixels.

As for the photos themselves, it is highly probable that Samsung’s 108-megapixel sensor will rely on the pixel binning technology to stack together four pixels and produce images at a lower 27-megapixel resolution, or it might rely on a 3×3 pixel array to combine nine pixels and produce 12-megapixel photos. Doing so will not only significantly reduce the image size, but will also make the images brighter as the ‘super pixel’ created after combing 4 or 9 pixels will bring in more light.

The rumour mill is abuzz that the Samsung Galaxy S11 will most likely employ a second-generation 108-megapixel camera sensor that will succeed the in-house 108-megapixel ISOCELL Bright HMX sensor, the same sensor that Xiaomi has put inside the Mi Mix Alpha and the Mi CC9 Pro to impressive results.