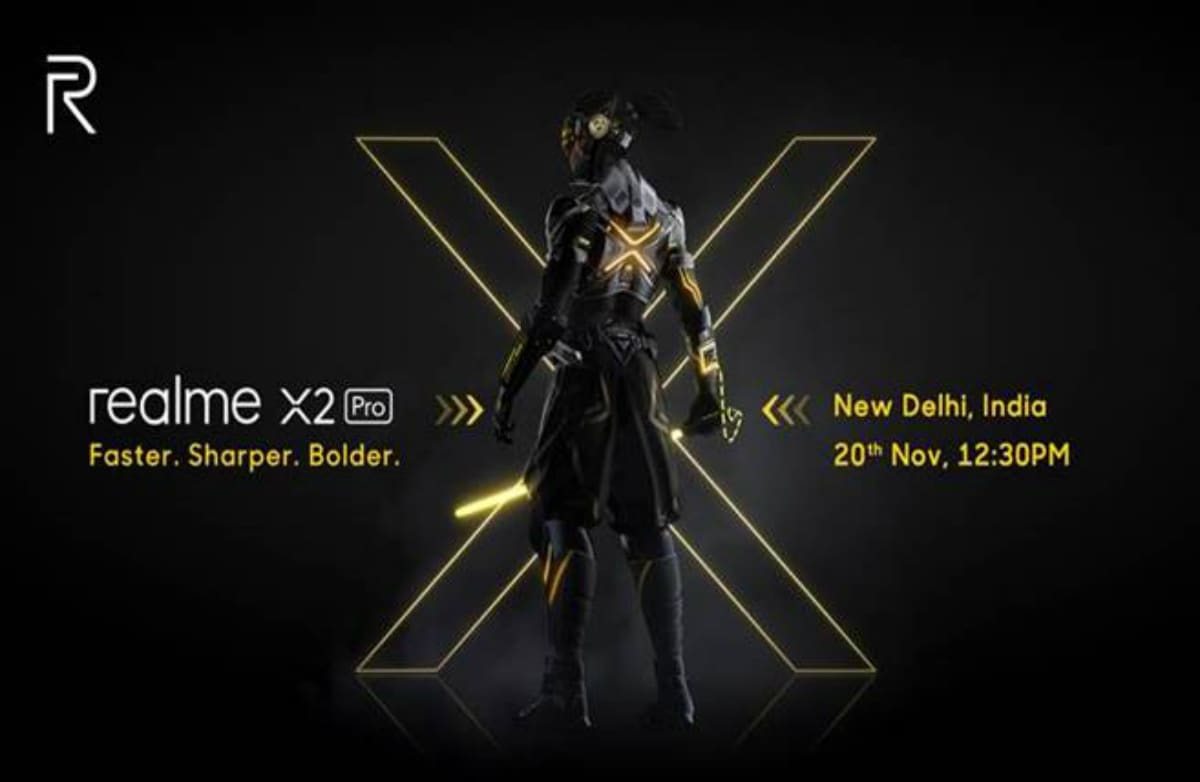 Realme X2 Pro to launch in India next month

Realme X2 Pro was launched in China yesterday, and now the company has confirmed the India launch date as well. Realme has announced that the Realme X2 Pro will launch in India on November 20. The launch event will take place in New Delhi and start at 12.30pm IST. The company should unveil pricing and availability details of the phone at the event next month. Realme X2 Pro comes with Snapdragon 855+ SoC, 90Hz Fluid display, and the quad rear camera setup is headlined by a 64-megapixel shooter.

Realme has sent out ‘Save the Date’ mailers to the media confirming Realme X2 Pro India launch next month. The phone will launch on November 20 at an event in New Delhi. Earlier, CEO Madhav Sheth had confirmed that the Realme X2 Pro will debut in India in December, but the launch date has now been pre-scheduled. It could be possible that the phone may be unveiled in November, but sale may commence in the beginning of December.

The Realme X2 Pro Master Edition in Brick and Cement finish has a single 12GB RAM + 256GB storage configuration, and is priced at CNY 3,299 in China. The Realme X2 Pro pricing in India should be close to the China pricing range, and it remains to be seen if all the variants come to India or not.