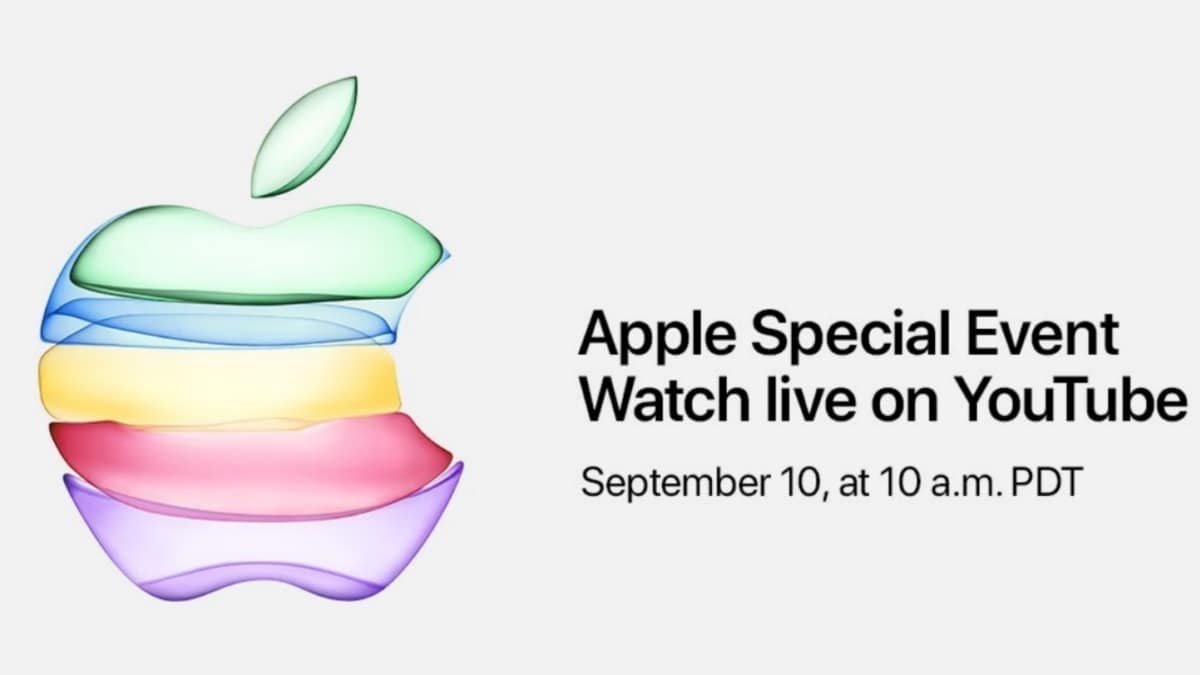 Apple will live stream the company’s September 10 iPhone launch event on YouTube this year, a first for the company. Apple has in the past limited the live stream of major launch events to its official website, but the upcoming iPhone 11 series launch event will mark the first time that Apple is shifting away from that strategy, and will stream on YouTube from the Steve Jobs Theater on September 10. Moreover, Apple’s 2020 iPhone lineup is tipped to introduce a new design language, 5G support and camera function upgrades. 5G connectivity for all 2020 iPhone models has been tipped earlier this year as well.

The live stream link for the September 10 iPhone 11 series launch event has gone live on Apple’s official YouTube channel. “Cupertino calling. Join us for an Apple special event live from the Steve Jobs Theater on September 10 at 10 a.m. PDT. Set a reminder and we’ll send an update before the show”, says the live stream page. Last year, Apple live streamed the iPhone launch event on Twitter for the first time. With the YouTube move, users can watch the iPhone 11 series unveiling live on the YouTube app or its Web client on the go.

While the iPhone 11 series is hogging all the attention in anticipation of its grand reveal less than a week from now, more details about the 2020 iPhone portfolio have emerged. A 9to5Mac report cites noted analyst Ming-Chi Kuo and claims that the 2020 iPhone lineup will introduce three improvements. First, they will flaunt an all new design. This aesthetic overhaul is not unexpected, since Apple has introduced a new design language for its iPhone lineup every two years for the past few generations. The second change will be all about “camera function upgrades”, but it is not clear whether it will be about hardware improvements or software enhancements.

The third major improvement will reportedly be 5G support. Kuo predicted in July as well that all 2020 iPhone models will support 5G connectivity, noting that the company will be able to compete with the upcoming wave of 5G-ready low-cost Android smartphones by offering 5G in all its 2020 iPhone models. Kuo also predicted that the ultra-wideband (UWB) tech used by the iPhone 11 lineup this year will offer improvements to indoor navigation using iBeacons.