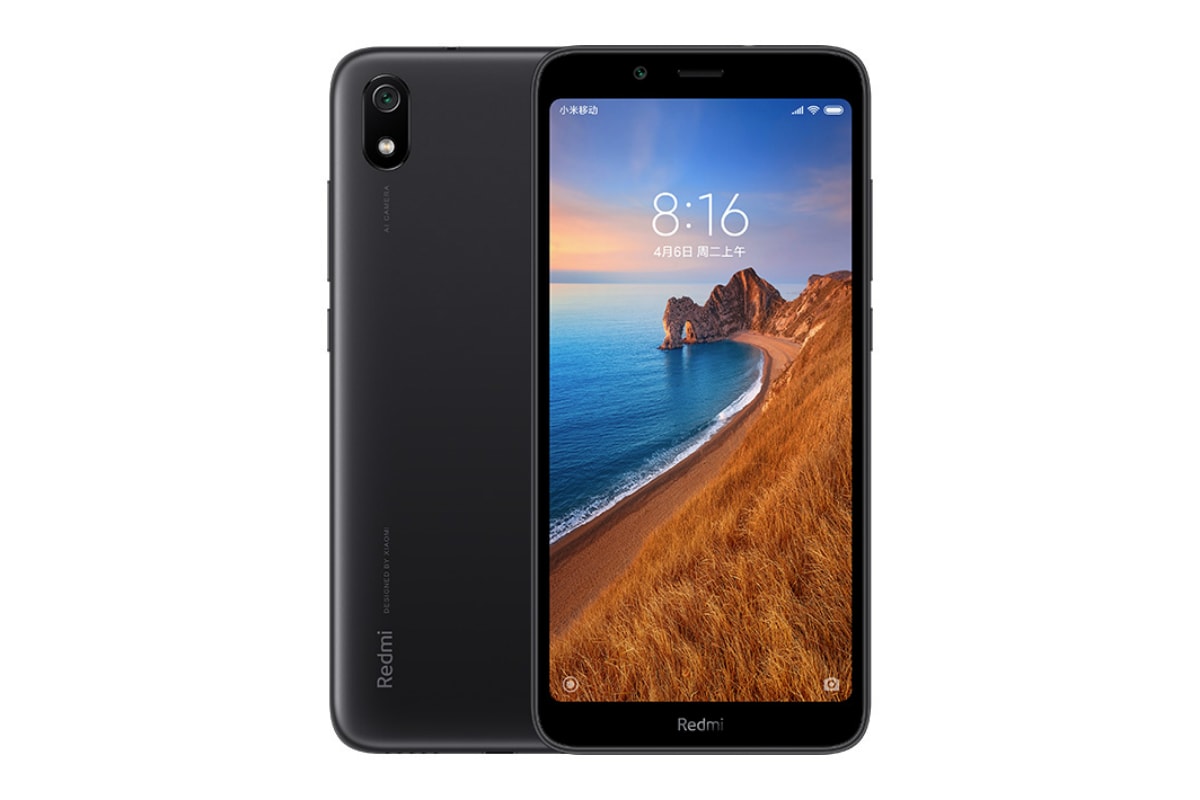 Redmi 7A comes in two storage variants in China

Redmi 7A is all set to launch in India on July 4, Flipkart has confirmed through a dedicated microsite. The online listing also highlights the availability of the new Redmi phone through the e-commerce site. The phone is, however, likely to be available through Mi.com and Mi Home stores as well, in addition to Flipkart. To recall, the Redmi 7A debuted in China in May as a toned-down version of the Redmi 7. The phone comes with Snapdragon 439 SoC and packs a 4,000mAh battery. Xiaomi India Managing Director Manu Kumar Jain last week teased the India launch of the Redmi 7A without revealing the official release date. He also noted that Redmi 7A India variant will an upgrade feature that is not present in the China version.

The microsite on Flipkart calls the Redmi 7A a “Smart Desh Ka Smartphone.” It doesn’t confirm any details around the price and availability of the Redmi 7A, though the online listing does underline the launch date as July 4. The microsite also specifies “fast processor”, “Facebook-ready camera”, and “long lasting battery” on the new Redmi phone.

As we mentioned, Xiaomi first brought the Redmi 7A to the Chinese market in May. The phone comes in two storage variants with 16GB and 32GB onboard storage options.

Xiaomi’s Jain last week teased the arrival of the Redmi 7A in India. The phone comes as a toned-down variant of the Redmi 7 that was notably launched in the Indian market back in April. The Redmi 7A variant being released in India will be slightly different from the China version. Jain has revealed in a tweet that Xiaomi is upgrading a “massive” feature for the country. He did not say which feature, though.

Redmi 7A price in India

The Redmi 7A price in India is yet to be announced. However, it is likely to be in line with what was announced in China back in late May.

In India, the Redmi 7A is expected to be priced similar to the Redmi 6A that arrived in the country back in September last year and currently retails with a starting price of Rs. 5,999. Xiaomi recently divulged that the Redmi A-series phones, namely the Redmi 4A, Redmi 5A, and Redmi 6A, hit 23.6 million sales mark in the Indian market, citing IDC’s Monthly National Smartphone Tracker for the month of April.

For photos and videos, the Redmi 7A sports a 13-megapixel camera sensor at the back along with an LED flash. There is also a 5-megapixel front shooter with AI Face Unlock support.

The Redmi 7A has 16GB and 32GB internal storage options that both are expandable via microSD card. Connectivity options include Wi-Fi, Bluetooth, GPS/ A-GPS, 3.5mm audio jack, and, a Micro-USB port. Besides, the phone packs a 4,000mAh battery and comes with P2i splash-resistant coating