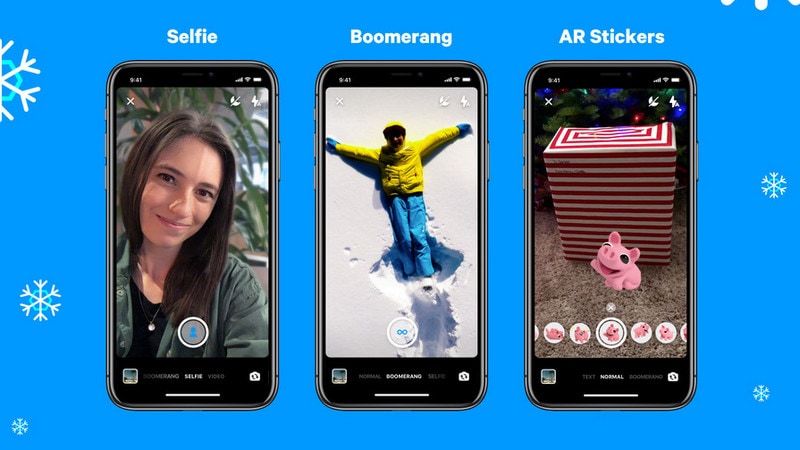 Facebook has rolled out Boomerang and Selfie features in its Messenger platform. Alongside, it has also introduced new AR stickers

“Starting today, there are now five modes to Messenger’scamera including everyone’s favourite video-looping effect, Boomerang, to make Messenger posts more interactive and fun,” the company said in a blog post on Monday.

“We’ve also added Selfie mode, where you can capture portraits of yourself or friends in Messenger’s camera,” it added. Like Portrait mode features for smartphones with single cameras, the Selfie mode on Facebook Messenger provides a bokeh effect, where the subject is algorithmically found and a blur is added behind the subject.

The company said that they are making it easier to navigate Messenger’s existing camera modes – Normal, Video and Text. In Text mode, users can now add even more personality with new fonts and colour backgrounds.

The company also announced new stickers, powered by augmented reality (AR). The stickers can be dragged by touch, and will be placed on top of real world videos or photos. If you take photos or videos with your device’s camera, you can also upload the image to Messenger and apply camera filters and effects.

According to Facebook, more than 20 million people use camera effects for photo and video posts on Messenger every day. It also added that 440 million stickers are sent in Messenger chats every day. The new features started rolling out from Monday, will reach all users soon.

Earlier this month, the Facebook Messenger Lite app added support for animated GIF images. To send a GIF, users will need a third-party keyboard such as Gboard, search for GIF images there, and then send them across. It will be animated for both the sender and viewer.