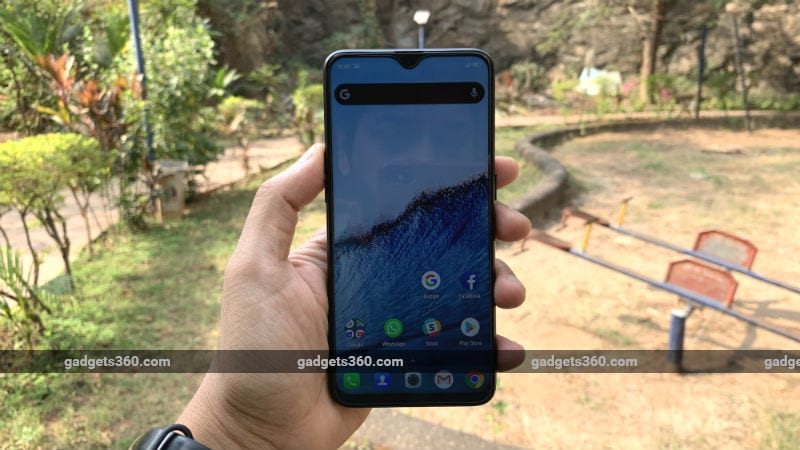 Realme U1 has been launched in India as the company’s latest smartphone, and the first smartphone in the Realme U-Series that’s focused on photography. Following the release of Realme 2 Pro and Realme C1 in September this year, the company has now unveiled Realme U1, the first smartphone in the world to sport the Helio P70 SoC unveiled by  MediaTek back in October 2018. The key features of the Realme U1 are its 6.3-inch display with a waterdrop notch, up to 4GB of RAM, dual rear camera setup, 25-megapixel front camera, AI Face Unlock, and more. Notably, Realme has announced the pricing details and availability at the Realme U1’s launch event in New Delhi today.

To recall, Realme is a spinoff from Chinese phone company Oppo, and recognises itself as an independent brand. The company is headed globally by Sky Li, former Global VP of Oppo. The company most recently launched the Realme C1 and Realme 2 Pro smartphones in India.

Realme U1 price in India

The Realme U1 price in India starts at Rs. 11,999 for the 3GB RAM/ 32GB inbuilt storage variant. Meanwhile, the 4GB RAM/ 64GB storage model has been priced at Rs. 14,499. The phone will be available exclusively via Amazon India site, as revealed earlier, from 12pm IST on December 5. Notably, the smartphone comes with three colour options – Ambitious Black, Brave Blue, and Fiery Gold.

When it comes to Realme U1 launch offers, the company is offering a 5 percent cashback on SBI cards, no-cost EMIs, and Jio benefits up to Rs. 5,750 and up to 4.2TB Jio 4G data.

The company at the event also announced Realme Buds, with 11nm driver units, a magnetic switch design with Kevlar fabric wire, and a 3-button in-line remote. A Realme U1 Iconic Case was also announced, said to feature durable materials and a wrist strap attachment. Both accessories are priced at Rs. 499.

In terms of optics, the Realme U1 features a dual rear camera setup with a 13-megapixel primary sensor with an f/2.2 aperture and a 2-megapixel secondary sensor with an f/2.4 aperture, coupled with an LED flash. The company says the Realme U1 also comes with Portrait Lighting, Slo-Mo video (up to 90fps), AI Scene Detection, and Bokeh effect. There is also an AI Face Unlock feature.

At the front, the Realme U1 has a 25-megapixel Sony IMX576 sensor with an f/2.0 aperture, 1.8-micron pixels, and 4-in-1 pixels tech. The company is also touting a Backlight mode, which keeps both the background and foreground in focus despite bright backlighting behind the subject. An AI Beauty+ mode is also being touted, optimised for Indian complexions, featuring 296 identification point. There is also the Smarter Groupie feature that gives customised beautification for multiple subjects in a single photo.

The Realme U1 is equipped with 32GB and 64GB inbuilt storage options, expandable via microSD card (up to 256GB). Connectivity options include Wi-Fi 802.11 a/b/g/n/ac, Bluetooth 4.2, GPS/ A-GPS/ GLONASS, micro-USD port, OTG support, and 3.5mm audio jack. Sensors on board include ambient light sensor, gravity sensor, gyroscope, and proximity sensor. There is also a fingerprint sensor on the rear panel.

Notably, the Realme U1 is fuelled by a 3,500mAh battery. In terms of dimensions, the smartphone measures 157x74x8mm and weighs 168 grams.