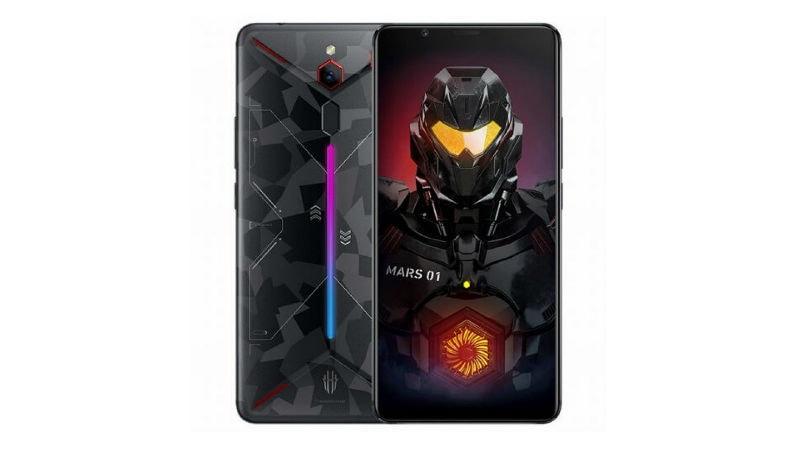 Nubia has finally launched its latest gaming smartphone – Red Magic Mars – in the market. The ZTE sub-brand has announced the successor to Red Magic, which was also promised to arrive in India. The Nubia Red Magic Mars, presumably named after the popular video game God of War, is powered by the Qualcomm Snapdragon 845 processor, paired with up to 10GB of RAM. The gaming phone features both liquid and air cooling that is claimed to increase CPU performance by up to 70 percent by reducing the temperature by up to 13.2-degrees.

The Nubia Red Magic Mars had previously been made available in a crowdfunding campaign. The company had already detailed some of the features of the handset, including a 4D gaming experience by providing haptic feedback support for some Google Play titles. The phone also comes with two touch-sensitive shoulder buttons. Additionally, there is a DTS 7.1 channel along with 3D surround sound. The phone also features an RGB LED panel at the rear end.

In terms of optics, the Nubia Red Magic Mars comes with a single 16-megapixel rear camera with f/1.8 aperture and phase detection autofocus (PDAF). At the front, the smartphone has an 8-megapixel selfie camera with f/2.0 aperture.

The Nubia Red Magic Mars is equipped with 64GB, 128GB, and 256GB inbuilt storage options. Connectivity options include Wi-Fi, Bluetooth, GPS, USB Type-C, and 3.5mm audio jack. Sensors on board include ambient light sensor, gyroscope, and proximity sensor among others. The smartphone is fuelled by a 3,800mAh battery with fast charging support. In terms of dimensions, the Nubia Red Magic Mars measures 158.25x75x9.85mm and weighs 193 grams.