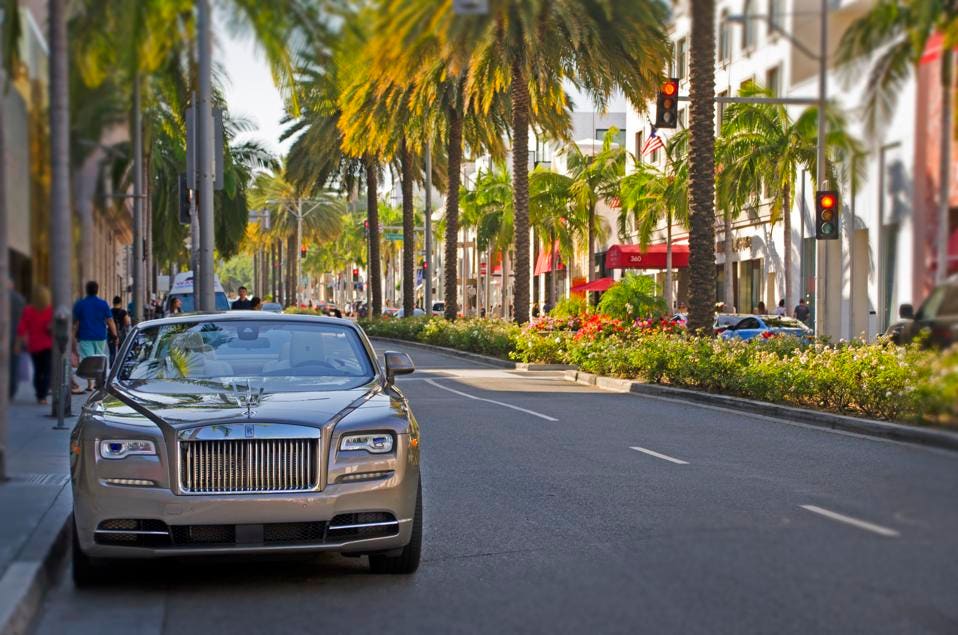 Looks like there was a summer slowdown in Beverly Hills and neighboring real estate, both in pricing and sales volume. When you study the Beverly Hills, Bel Air and Holmby Hills market, keep in mind it’s different than many around the country. There is a platinum patina that defines Beverly Hills, where the current listing price for a Mediterranean palazzo is $129 million. Yes, these are the trophy properties the truly wealthy collect.

Summer in Beverly Hills was certainly hot this year with temperatures above average. Not so for real estate, especially in the $3 million-plus range. According to Selma Hepp, chief economist at San Francisco-based Pacific Union International, July numbers in that Beverly Hills, Bel Air, Holmby Hills golden triangle show a decline in the number of homes sold by 26%, year to date. As sales slipped, it’s no surprise prices were down 11%. “I think buyers are a bit more skittish compared with how well Beverly Hills and those areas did over the last few years,” Hepp said.

Last year Beverly Hills did well with sales of higher priced homes above $5 million. Many of those properties went above asking price with multiple offers. “Now that pool of buyers has been reduced somewhat,” Hepp observes. “Although, I do see more price reductions in Beverly Hills in that price range and up than other areas in Los Angeles, I see it as buyers and sellers rebalancing expectations to more realistic levels,” Hepp adds.

In todays beyond fast-paced market, when we see fewer sales, it’s the reality of a level of sanity returning, a good thing for buyers and sellers. “When you look at sales above $3 million and you see a slowing compared to last year, that change does eventually reflect on the median price,” Hepp explained. Zillow currently has that median home value price in Beverly Hills at $3,459,500, still up 7.9% from a year ago. That decreases to a 1.8% forecasted increase over the next year.

Another interesting stat from Hepp is inventory of homes priced above $3 million increased by 93, with most of that additional inventory in the West San Fernando Valley, Beverly Hills and West Los Angeles. It’s also clear some sellers and their real estate agents are adjusting pricing strategies to reflect the current market. There were more price reductions compared with last July in areas with a larger share of homes priced between $2 million and $3 million. Look to Malibu, Hollywood Hills and Brentwood for those cuts.

Stephanie Anton, president of the Chicago-based Luxury Portfolio International, a network of independent luxury real estate brokerage firms has a global view on luxury markets. “Look at the data in many luxury markets and the price increases have been a little crazy. I think what we are seeing here is a summer slowdown and a slight correction.”

Hepp sums up the market well: “When you get into the really high-priced properties, there is a relatively smaller pool of buyers that may be looking in Beverly Hills.” Even if prices slide a bit there, it’s unlikely you’ll see heavily discounted properties soon. For those that can truly afford the estates and mansions of Beverly Hills, the price is often less an issue than prestige.