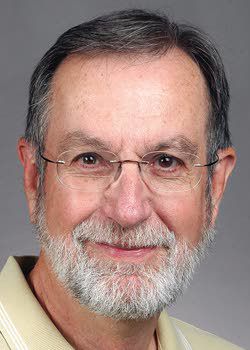 By most measures, Idaho public schools need improvement. The causes or blame for these problems are many. Sharing responsibility are administrators, teachers, legislators and other state officials. Like it or not, some of the responsibility can also be placed on parents and students.

The catalyst for bringing all of these various factors together and recommending solutions lies with the Idaho State Board of Education and the state superintendent of public instruction.

The state board is made up of a group of dedicated and hard-working citizens from across Idaho. Unfortunately, their current responsibilities are so broad that they aren’t able to spend the time and effort necessary to totally focus on the problems of Idaho’s public schools.

The reason for this lack of focus is that they are charged with overseeing all of education in Idaho, including kindergarten through university graduate programs.

So recently, rather than focusing solely on solving the many problems with public schools, they have had to divert their efforts to four college and university presidential searches, along with reviewing the performance of the University of Idaho athletic director and working on efforts to build a new baseball stadium at Boise State University.

While all of these higher education efforts are important to the individual institutions, a day spent dealing with them is a day not spent seeking ways to improve our public schools.

Idaho deserves better and there is a solution to this that would allow them to devote the necessary time to public school issues.

boards of regents for each of the higher education institutions.

We have a model for that now with each of Idaho’s four community colleges, which have their own independent governing boards.

Our current one-size-fits-all governing body makes little practical sense. It is a bit like the state deciding that, since we issue a variety of licenses, we should have a single state licensing agency to issue all licenses: hunting and fishing, driving, liquor, motor vehicles, barbering, real estate, lawyering, dentistry and medicine, to name a few.

A single licensing agency makes no more sense than a single board of education.

By allowing each college and university to have its own governing board, you ensure that you have a board that can focus its entire effort on meeting the needs of that institution.

You also ensure that the members of that board are individuals with strong ties to the institution and have an interest in ensuring that all decisions that it makes are in the best interests of that institution, not in response to paranoia generated by other institutions.

To see how such a system could successfully work, you need to look nor farther than our neighboring state of Washington.

Each college and university have its own board of regents. In addition, there is the state level nine-member Washington Student Achievement Council.

The council oversees such activities as state financial aid programs, assessing needs for additional degrees and programs, and proposing improvements and innovation to address the state’s higher education needs.

It is time to do away with Idaho’s antiquated educational governance structure. By allowing the State Board of Education to solely focus on issues related public schools and allowing each college and university to be responsible to its own governing board, the state would take a giant step in improving our entire structure of state-funded education.

Hopefully this will become an issue discussed and supported by Idaho’s gubernatorial and legislative candidates as we head toward the November election.