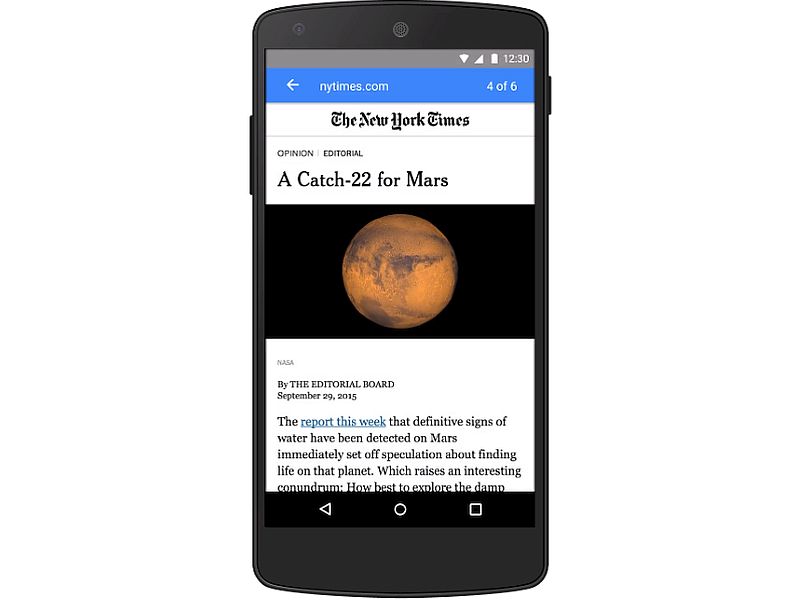 Google introduced its Accelerated Mobile Pages (AMP) last month in an attempt to take on other rival news delivery services such as Apple News and Facebook Instant Articles.

Detailing further, the company said that the AMP Project as an open-source initiative is available to advertisement partners across the industry that are ready to adopt the rapid-loading specifications of the initiative. Google alongside also announced that Outbrain, AOL, OpenX, DoubleClick, and AdSense are working within the framework to improve the advertising experience for users, publishers and advertisers on the mobile Web.

“Thousands of publishers have expressed interest in AMP since the preview launched with the likes of the BBC, Sankei, New York Times, News Corp, Washington Post and more. Since then, many others have committed their support to the project, including R7.com and NZN Group in Brazil; CBS Interactive, AOL, Thrillist, Slate, International Business Times/Newsweek, Al Jazeera America and The Next Web in the US; El Universal and Milenio in Mexico; The Globe and Mail and Postmedia in Canada, as well as many more across the globe. The Local Media Consortium (LMC), a partnership of 70+ media companies collectively representing 1,600 local newspapers and television stations, has also voiced their support,” the company added in a blog.

Detailing the progress of its AMP Project, Google revealed that so far over 4,500 developers are following the ongoing engineering discussions on GitHub while around 250 pull requests have contributed to the new code, samples, and documentations.